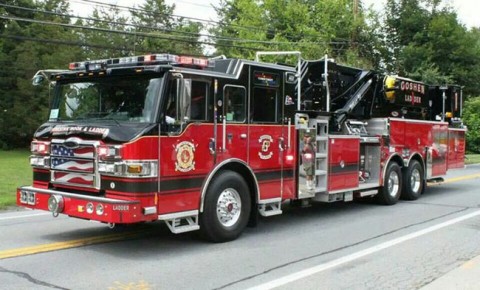 By Jim McCormack Published Thursday, April 1, 2010 | From the April 2010 Issue of FireRescue

One of the things that’s happened in the last 10 or so years is that the emphasis on truck company operations and the skills it takes to actually perform them have really exploded—more awareness, more knowledge, more training. During this time, a couple things have remained constant: the importance placed on the knowledge and skills it takes to get the job done varies with each individual firefighter; and solid truck company skills, performed at the right time, make things easier on the fireground. Your Individual Situation Where You Are: In all honesty, it really doesn’t matter where you are in terms of your city, state or region, truck work is truck work! The skills involved include forcible entry, laddering, search, ventilation, overhaul and more. East Coast, West Coast or somewhere in between, the basics are still the same. If you’re faced with a locked entry door on the fireground and you make your way to the other side, it’s called forcible entry (in California, Indiana, Massachusetts and everywhere else). The Size of Your Department: A big misconception in the fire service, when it comes to the fireground, is that the size of the department changes what needs to be done. That’s really not true. The size of the department changes what can be done in a certain time period (based on staffing, equipment and resources), but it takes the same skills to put a fire out in a small or large department.

When you subscribe to the blog, we will send you an e-mail when there are new updates on the site so you wouldn't miss them.

Chris has been a firefighter for the past 19 yrs currently working for The Chicago Fire Dept. assigned to Tower Ladder 23 . Chris is an Instructor for Chicago Fire Academy as well as Gateway Tech. College, and I.F.S.I. Chris began his career in Wisconsin, where he is originally from and came to Chicago in 2009. Chris also designed and patented The King Ceiling Prop and now runs King Training Innovations LLC.