The King Ceiling Prop is a firefighting training simulator designed to teach and practice the skills of ceiling pull and overhaul by utilizing the real world feel and effort to pull conventional drywall ceilings.

Up until now, the only way to train in non emergency situations for overhaul and ceiling pull has been in condemned or donated vacant buildings which are becoming hard to acquire and make safe for training per NFPA 1403.
The King Ceiling Prop allows you and your dept. or training facility to pull ceiling and simulate real world movements, skills, and techniques in a safe, convenient, affordable, and easily reset scenario.

Thanks to its ease of movement and quick set up design The King Ceiling Prop can be placed anywhere you would like to train. Inside the firehouse apparatus floor, Training grounds, inside burn buildings, etc. The design also allows for quick reset and realistic resistance when punching through with a pike pole.

The material / consumable used is 1/2 drywall or any sheet good of your choice. Many local home improvement stores donate slightly damaged product which is perfect for this prop and makes for a low cost training solution. One 4ft x 8ft sheet fills all six bays of the prop and additional material can be stored on the props side storage racks allowing for very quick reset periods to aid in continuous training.

The King Ceiling Prop is designed to hold up to the stress and forces of firefighter training and is easily moved when not in use. The added design features allow you to place real life ceiling obstructions such as electrical conduit, or romex wiring. Quality hands on training is a valuable necessity for many fire departments and training centers. The King Ceiling Prop is an effective way to continue to train and maintain the skills that we do not get to practice often. 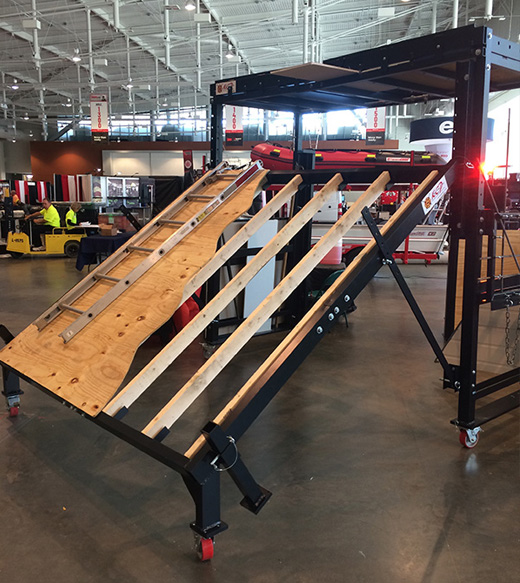 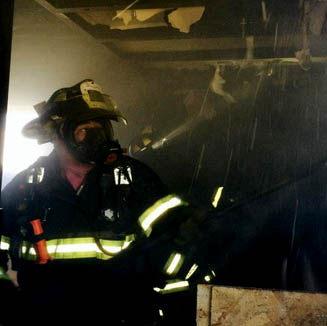 "The ceiling prop created by Firefighter Chris King has been very beneficial to the Chicago Fire Department candidates. Each candidate was given the opportunity to actually pull ceiling in a controlled environment allowing for instruction and repeated repetition as needed. The prop has held up extremely well for a class of 150 candidates". 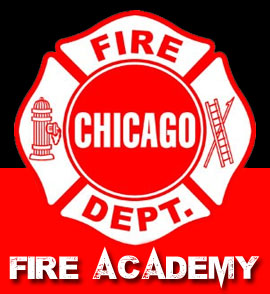 How to be an Effective Outside Vent (OV) Firefighter – Part 1

The firefighter assigned to the outside vent position (commonly referred to as the OV) is an important asset to have on the fireground. Typically assigned to one of the two outside team positions of a ladder company (the other being the roof position) they are tasked with some important roles as well as expected to make some important decisions.

The OV is often an underutilized position, typically due to limited staffing with departments across the country. Many times the emphasis is put on interior operations and exterior operations are delayed until further units arrive. Today we will explore this position in detail.

What does an OV actually do?

•The appropriate selection of tools based on the fire building.

•A complete size up.

•The ability to read fire as well as smoke conditions.

•The ability to determine when the appropriate time to vent is.

•The ability to determine when VES (Vent, Enter and Search) will be required.

•Can you determine the layout of the inside of a private dwelling by looking at the windows? If you need to VES a bedroom which window do you enter?

Tools of the OV

As with all positions on the fireground the OV should begin with complete personal protective equipment including a flashlight, self-contained breathing apparatus, radio and if possible a thermal imaging camera. The most basic of tool selection should be a six-foot Halligan hook as well as a Halligan tool. These two tools should be properly “married” together to ease carrying. Some additional tools that may be needed based on your size up of the fire building could be…

6 Foot Hook and Halligan Married together for Carrying

A Closer Look at Marrying The Tools Together

Ladder selection also comes into play and one must determine the need for just a roof ladder or possibly a twenty-four foot or thirty-five foot extension ladder. In certain cases an extension ladder maybe needed in conjunction with the roof ladder.

Choose The Proper Ladder or Ladders Based On Your Size Up

Heavy Irons-typically a Halligan tool and a maul, these may be used for forcing doors in the rear of a commercial building.

Forcible Entry or Vent Saw-again used for venting or gaining entry in a commercial building or possibly a private dwelling found to have security bars covering the windows.

A Selection of Saws At The OV and Roof Firefighter’s Disposal, Forcible Entry Saw Not Shown

A proper size up is an important role that all members of a company should conduct on arrival.In part 2 we will discuss the next step for the OV firefighter; Size-up.

Robert has over 17 years in the fire service and is currently Assistant Chief with the Dix Hills Fire Department, Long Island, NY. He is passionate about the fundamentals of firefighting and the important role they play in building our future firefighters and leaders. Robert states that taking a “back to basics” approach to training will give our firefighters the skills they need to ensure they do their job safely and efficiently. As leaders, we need to be progressive and constantly improve our operations before tragedy strikes.
Tweet
1st Due Truck, Know the role.....
Prop Used For Wall Breaching Drill in East Brunswi...

Chris has been a firefighter for the past 19 yrs currently working for The Chicago Fire Dept. assigned to Tower Ladder 23 . Chris is an Instructor for Chicago Fire Academy as well as Gateway Tech. College, and I.F.S.I. Chris began his career in Wisconsin, where he is originally from and came to Chicago in 2009. Chris also designed and patented The King Ceiling Prop and now runs King Training Innovations LLC.

By accepting you will be accessing a service provided by a third-party external to https://www.kingceilingprop.com/